I wanted to do an art piece of a sea turtle I photographed underwater while snorkeling in Maui. We swam around together, the turtle and me, until I got so cold I shivered. I followed him under rocks and along a cliff wall, I felt that he followed me into the warm waves beyond (although really I’m certain he just did whatever it was he was doing before I came along). It was so beautiful.

The firing generated tons of bubbles. Since I had no control over the firing temperatures of process, I have no idea if there was anything I could have done to prevent it. Luckily, the bubbles complimented it, being an underwater piece. 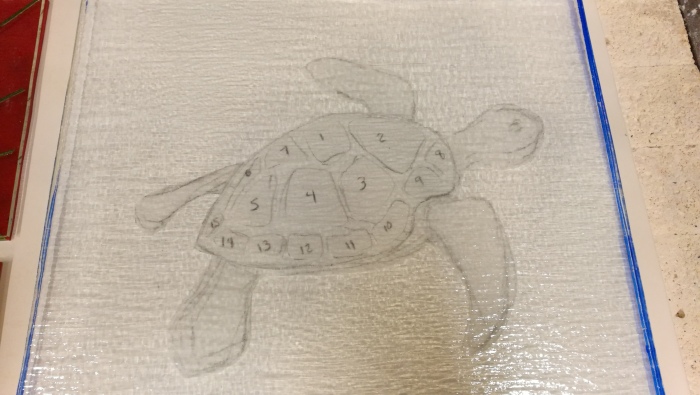